A podcast where you join me (Ash!) as I chat to fellow creatives over a coffee.

Enneagram 5, INTP, Projector and student of life. I always have books on order and my love coffee!

Since the spring of 2019 my team and I have been digging into the science of zeolites, specifically clinoptilolite zeolite. It’s most definitely been a learning curve teaching ourselves chemistry and long words we didn’t know existed, but I love a challenge.

I was introduced to Coseva TRS in February of 2019 through a major distributor and the buzz surrounding this popular product was undeniable. Initially I found no negative information online about it, I did some internet searches, scoured social media- nothing… So I proceeded to use and sign up as a distributor for about two weeks, however the nagging feeling that “something was up” wouldn’t leave. I had an initial good experience, but there were things I needed answered.

I began asking questions and that’s when things got weird- I had the figurative hand put in my face from Team Coseva.

So, I took off again searching this time with different keywords, going deeper into my research and found Touchstone Essentials and a ton of scientific articles. I presented my questions when I called in the main office and spoke to a lady for about 30 minutes and exhausted her knowledge base, but she was kind enough to send me to another person, and finally I spoke to the CEO who I found open and honest about the concerns I presented.

I was impressed by the amount of information I saw readily available on the Touchstone website whereas I was disappointed by the lack of it on Coseva’s website. If you are a Coseva distributor, you have access to the white paper and other information in the back office, but what about curious customers wanting information? During these few weeks I ended up discontinuing my distributorship with Coseva and signed on with Touchstone because of the complete transparency I encountered. Not only that but the product line was just what I was looking for.

This journey continues, and I admit I am still learning about this topic each week. In this article I am going to share just a few things that I learned on this year and a half zeolite expedition. We are going to cover:

Coseva shows us the zeolite formula right on the white paper 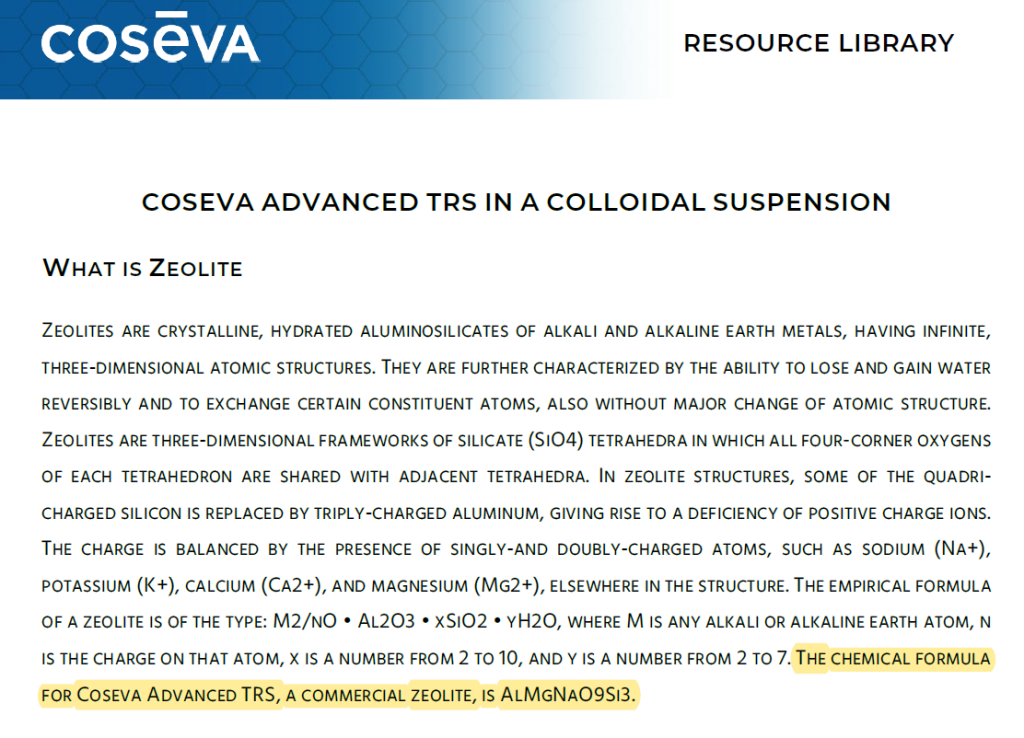 “The chemical formula for Coseva Advanced TRS, a commercial zeolite, is AlMgNaO9Si3.”

Most people wouldn’t know the difference, but you should care, and here’s why: It has major implications for where the zeolite is sourced from, what it’s used for, how effective it can be, and safety in the body.

You can find out more by tracing the CAS (chemical abstracts services) number. For AlMgNaO9Si3 the CAS number is 12040-43-6.

You can find this on PubChem

Is there a difference between Clinoptilolite Zeolite and Silicic acid/aluminum magnesium sodium salt? YES- they have different structures.

Zeolites can be widely different in structure and function. It’s true that the FDA gave aluminosilicates GRAS status- which means generally recognized as safe, but there are hundreds of types of zeolites, natural and synthetic. You need to know what you are ingesting. All of the science, safety and studies showing benefits have been done on natural Clinoptilolite.

The molecular weight for Clinoptilolite zeolite ranges from 209 to 211 while for Sodium Magnesium Aluminosilicate ranges from 302 to 305. These are clearly different products.

Why would Advanced TRS use Silicic acid/sodium magnesium aluminosilicate instead of Clinoptilolite? This is where the grey area is… it’s difficult to manufacture pure Clinoptilolite, and the more reasonable way to get your product out is to use one that is already manufactured. There are several products already available with the EXACT chemical formula that Advanced TRS lists in their documents. Interesting right?

Since TRS is not the same as clinoptiliolite but rather a Silicic acid /sodium magnesium aluminosilicate, therefore my research for sourcing shifted.

Rumor was TRS used the same zeolite meant for the rubber and tire industry. Coseva claims its type was made for food industry. Guess what? Both are both are correct. The formula cited on the TRS white paper shows companies using it for both purposes. (Great advertisement to eat clean whole foods right?)

It’s also quoted as follows: “This substance is being reviewed for use as a biocide in the EEA and/or Switzerland, for: controlling insects, ants, etc. by means other than repulsion or attraction.“  and.. “This substance is used in the following products: pH regulators and water treatment products, biocides (e.g. disinfectants, pest control products), paper chemicals and dyes and textile treatment products and dyes.” (This information can be found on Pubmed)

Coseva said they use a “commercially available zeolite.” Here are a few listed in here. 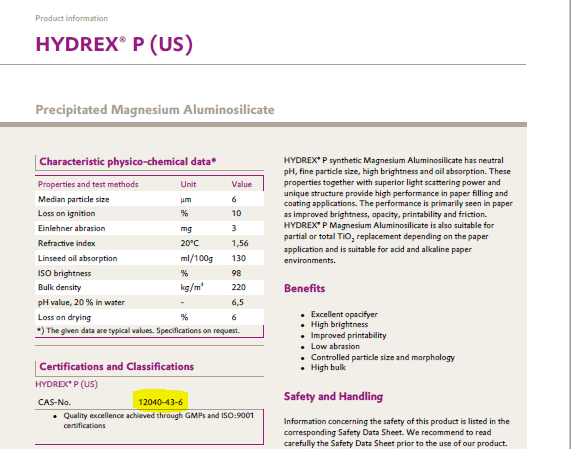 Here are some brands that use this specific formula in their products, that you can find HERE, HERE, HERE, AND HERE.

While there is a definite possibility it comes from China, the more likely source is from Grace since their pdf states: “The Advanced TRS zeolite in is totally produced within the United States of America.” If Grace is that manufacturer, then that statement holds true.

The manufacturer for this formula in the USA is Grace formed in 1854. Let’s talk for a moment about Grace and their product line. What I find interesting is that they have Syloid listed as a silica product. They have another product called SYLOSIV® and it’s listed and described as a zeolite molecular sieve using zeolite A and X for that product. 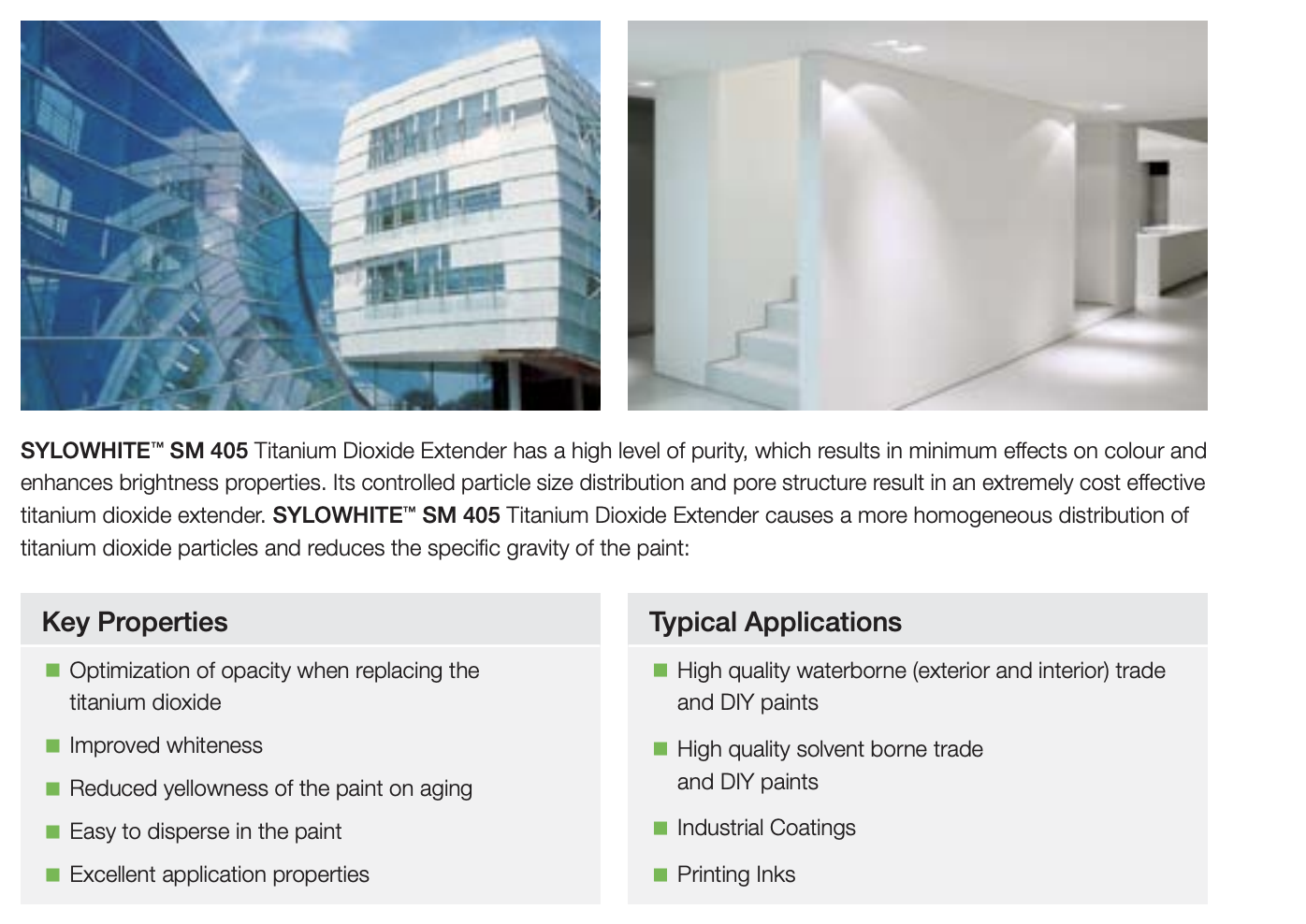 Colloidal Silicic acid is another entity and since Grace has manufacturing plants all over the world, that statement could still hold true, however its most likely that it is manufactured in the USA because several of their sites in the US are listed as silica manufacturers. You can sift through the sites on the Grace website and see which plants are responsible for different actions.

These products are listed as Silica products in the description, not primarily zeolite products.

Below is an example of what AlMgNaO9Si3 is used for:

Synthetic zeolites (such as the industrial Zeolite A) have lower ratios of silica to aluminum making them unstable in weak acids. This means the bonds of the synthetic zeolite can be broken in the presence of a weak acid, making it unsuitable for consumption and passage through the acidic digestive tract. In fact, scientific data research shows synthetics are broken down at a mere 300 degrees vs the 900 degrees for natural clinoptilolite.

Link to Research on Synthetic Clinoptilolite >

They claimed their manufactured “clinoptilolite”  was 0.9 nanometers everywhere- in interviews, in the white paper, and all over distributors marketing. It was their “claim to fame”, being the smallest and most effective zeolite detox on the market. You see, the smaller the molecule the more surface area for those positively charged toxins. I sent an email to corporate and the response made my jaw drop.

That’s quite a difference from the claimed 0.9nm. My team mate also sent in a request for size information and got an even different answer

On her response they changed the information to include “the pore size” is approximately 0.9 nm. This indicates the interior channel or pore site of a zeolite. This is absolutely deceptive marketing and there are claims they are trying to reel in distributors from making these size claims, but it’s unknown if corporate has sent a mass email to all distributors of this information or not.

These are directly from Coseva documents.

Let us continue on the topic of size.

Coseva distributors repeatedly claim that TRS is “grown to size” in the lab.

Upon reading direct quote from a company pdf, listening to an interview from the creator, and researching how Grace mills their colloidal silica and synthetic zeolites, its stands to reason they do not “grow it to size” but rather mill down to nm size.

“Reduce the zeolite particle size” means it was larger, and they brought it down to nm size.

There are two ways to create synthetics, bottom up or top down. From the creators own mouth, they take a manufactured product and reduce its size.

Here’s an image from another product from Grace called SYLOSIV® Molecular Sieve Powder (zeolites A and X) showing the process.

Coseva says it’s “proprietary processed manufactured Clinoptilolite” but by their own admission in their documents, the formula they give is for silicic acid. 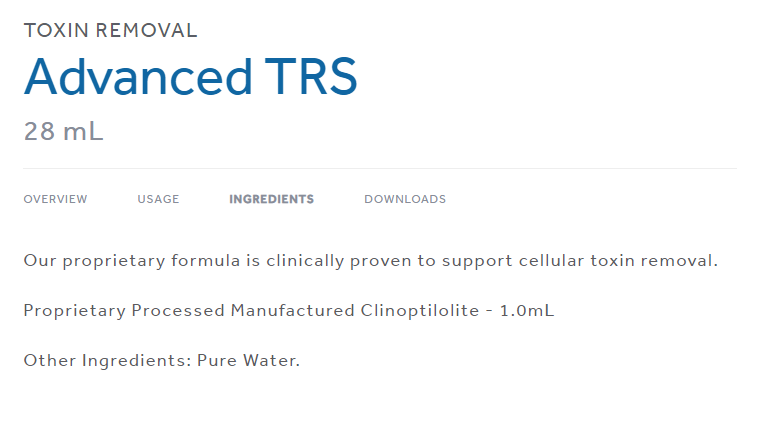 Natural Clinoptilolite is the preferred zeolite for internal supplemental use. Clinoptilolite has a high ratio of silica to aluminum (4:1 or 5:1), with very strong bonds that cannot be broken by weak acids.

Pure Body Extra Strength has undergone testing with X-Ray Diffraction analysis confirming its natural Clinoptilolite composition. Only X-Ray diffraction can identify crystalline structures with accuracy. This is just part of the information you will find publicly available on Touchstone’s website.

Testing also confirms the optimal ratio (4.14 to 1) of Silicon (Si) to Aluminum (Al) for a strong bond within the zeolite structures, making it a safe and effective detoxifier. Almost all of the research on humans and animals using zeolite uses natural clinoptilolite because of it’s safety.

Touchstone’s zeolite is mined from a clean source in the United States, that is passes California Prop 65 right off, then, the zeolite is further cleaned to ensure there are no impurities and prepped with additional cation minerals to leave your body equipped, not stripped.

You can view all the labs and images on Touchstone’s website by using my link below.

There are still areas I would like to research on this topic, it really never ends. When you have questions, your curiosity shouldn’t be stifled. If there is something nagging you about someone or product it goes without saying there is a reason for that.

After the release of some of this information, I have been threatened with legal action, doxxing, and harassed (read bullied) by Coseva distributors. Hence the reason for this write up. We all deserve freedom of speech and the ability to question and research products we feel suspicious about.

I never expected to be threatened by people in the medical freedom community over trying to get to the bottom of something, that is something I expected from big pharma. I suppose the effect stems from the company using terms like “clinical’ and “lab created” with pictures of white coats and that rubs off on the entire downline, because I have not experienced anything like this from Touchstone and they use keywords like organic, non gmo, and have a foundation in living toxin-free and from the earth.

It all makes sense if you compare companies at a base level.

“You can’t argue with the science” says Holdford, but you sure can confuse your customers into thinking your product is one thing, when it’s really another.

I would also like to thank @saffronjadeandlemonade and @planetpatterson for spending countless hours diving in this topic, but you guys are my favorite nerdy friends.

I have a southern accent, way to many animals, and am a self described reformed bitch.  I went through the allopathic system and then weaseled my way over to the woowoo. I'll share my secrets with you.

Hey, I'm Ashley- but you can call me Ash!